Coyotes live alone or in breeding pairs where the local food supply is small animals but can live in packs of three to eight members where large prey is abundant.

They are an opportunistic predator but small mammals such as rabbits and mice make up the bulk of their diet. Coyotes track prey using an excellent sense of smell and can stalk its prey for 15 minutes or more. It has great stamina to chase prey until the prey is exhausted and then it will pounce. Coyotes are very intelligent. 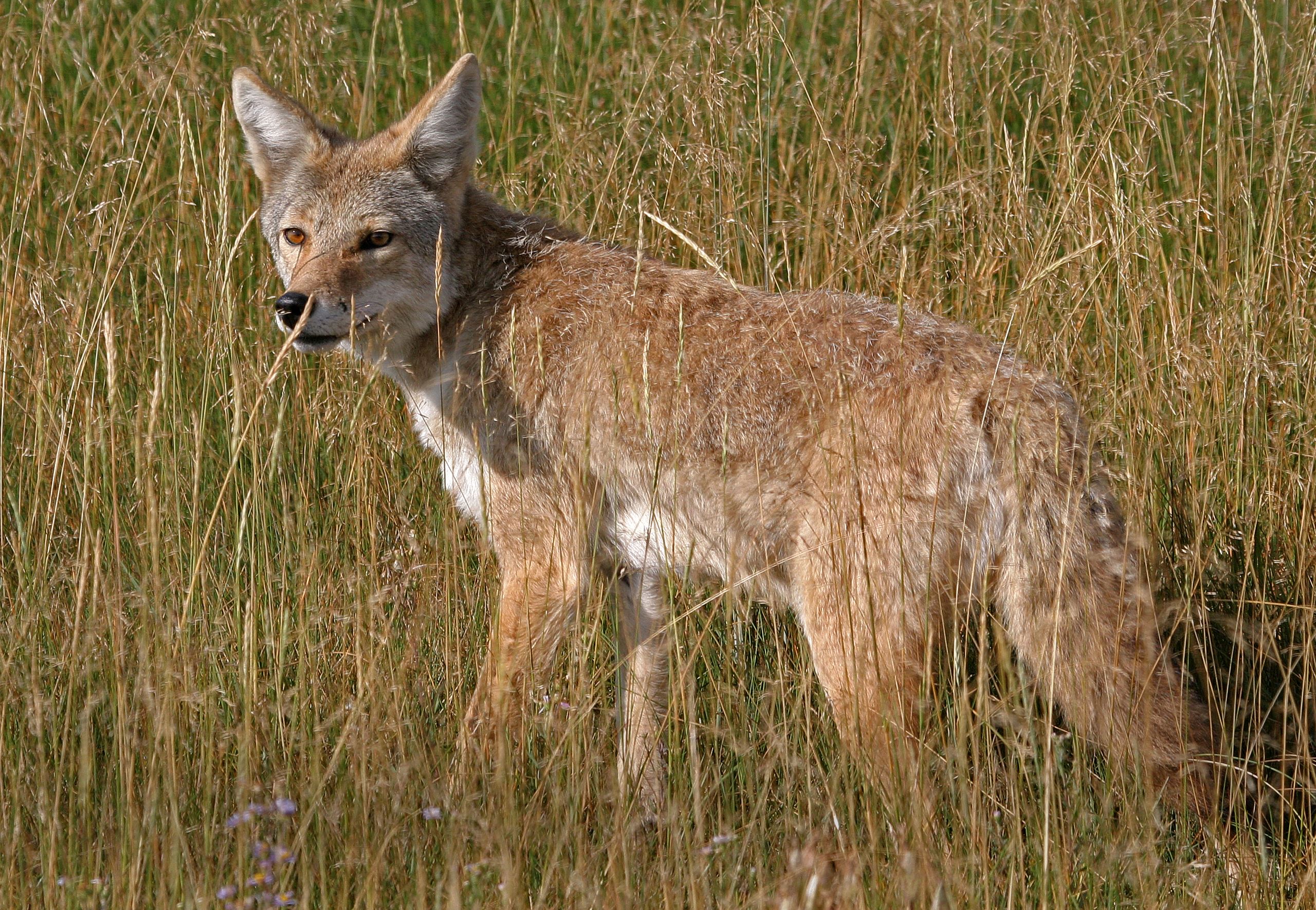 The coyote is a digitigrade which means it walks with only its toes touching the ground. Coyotes have 12 vocalizations which they use to communicate with each other. Coyotes generally mate for life in January through late March and will give birth to one to nineteen pups, though the average litter size is six. Both parents participate in raising the young.

The coyote is one of the fastest mammals in North America reaching speeds of 38 mph. Many Native Americans believe the coyote is a maker of fateful decisions with the power to transform beings and objects. While most animals are under threat due to habitat loss the coyote is expanding due to its ability to adapt.