Each Memorial Day, we invite our community to join us as we pay tribute to those who have shown bravery and honor while serving our country.

There was no lack in military tributes to honor both past and present service men and women. Future leaders of America - the Boy Scouts of America Troops 731 and 1731 led the Presentation of Colors, Pledge of Allegiance, and facilitated a Wreath Ceremony in honor of military heroes who made the ultimate sacrifice while defending our nation.  A profound and noble military flyover was performed by Commemorative Air Force Houston Wing, one of the world’s largest flying museums with more than 165 aircrafts.  Additionally, the Sugar Land Police Honor Guard conducted a 21-Gun Salute followed by a solemn performance of TAPS presented by the Lone Star Symphonic Band.

The roster of speakers also included Denny Hair, a published author and historian who has published multiple books about General George S. Patton and his Third Army.  In a storytelling fashion, Hair’s moving portrayal of General Patton enlightened audience members with little known facts regarding General Patton and honored military heroes who have represented all branches of the United States Armed Forces.  Hair’s in-depth historical knowledge enabled the orator to provide a rich history lesson about the life and legacy of General Patton.

Throughout the ceremony, attendees were invited to visit the park's memorial monuments. 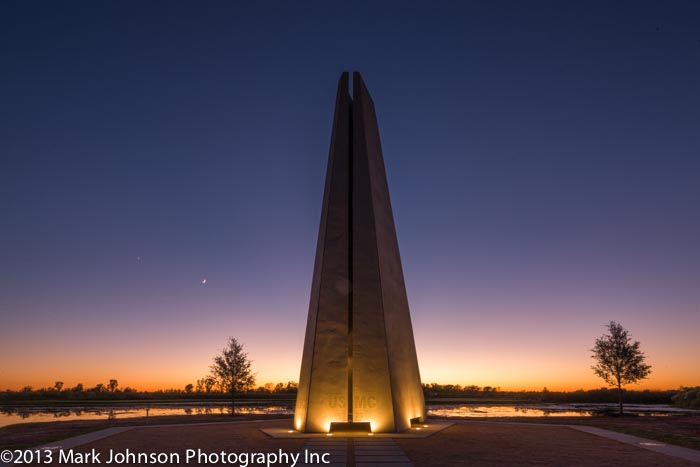 Each wall face of the 40-foot structure represents a branch of the United States military. The names of service members from Sugar Land who perished while on active duty are engraved on the interior walls. 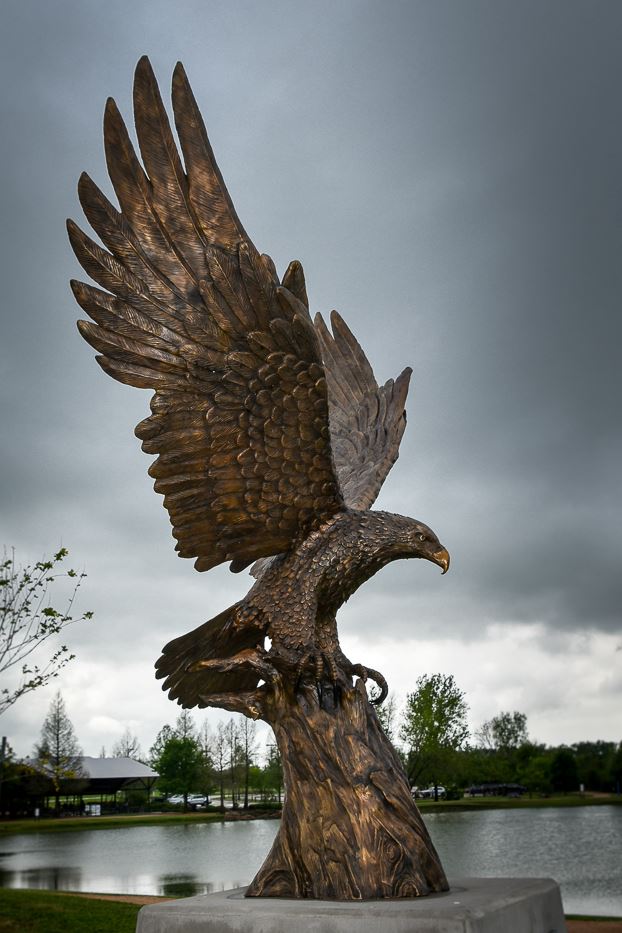 The beautiful bronze statue symbolizes the strength and distinction of our United States Armed Forces and service members.