The Emergency Services Division includes all shift operational personnel and the Logistics Group. SLFE’s operations are divided into three shifts, each led by a Duty Battalion Chief. Each shift battalion chief is responsible for daily operations of shift activities and is the on-scene incident commander as needed during emergency events. On January 1, 2015, Sugar Land took over responsibility for emergency medical transport within the corporate city limits. This enhancement included 3 ambulances operating at an advanced Paramedic-level of response. An additional ambulance operates during high-volume timeframes, with one more unit capable of responding in reserve. SLFE operates using a full career staff providing coverage to the citizens 24/7/365. 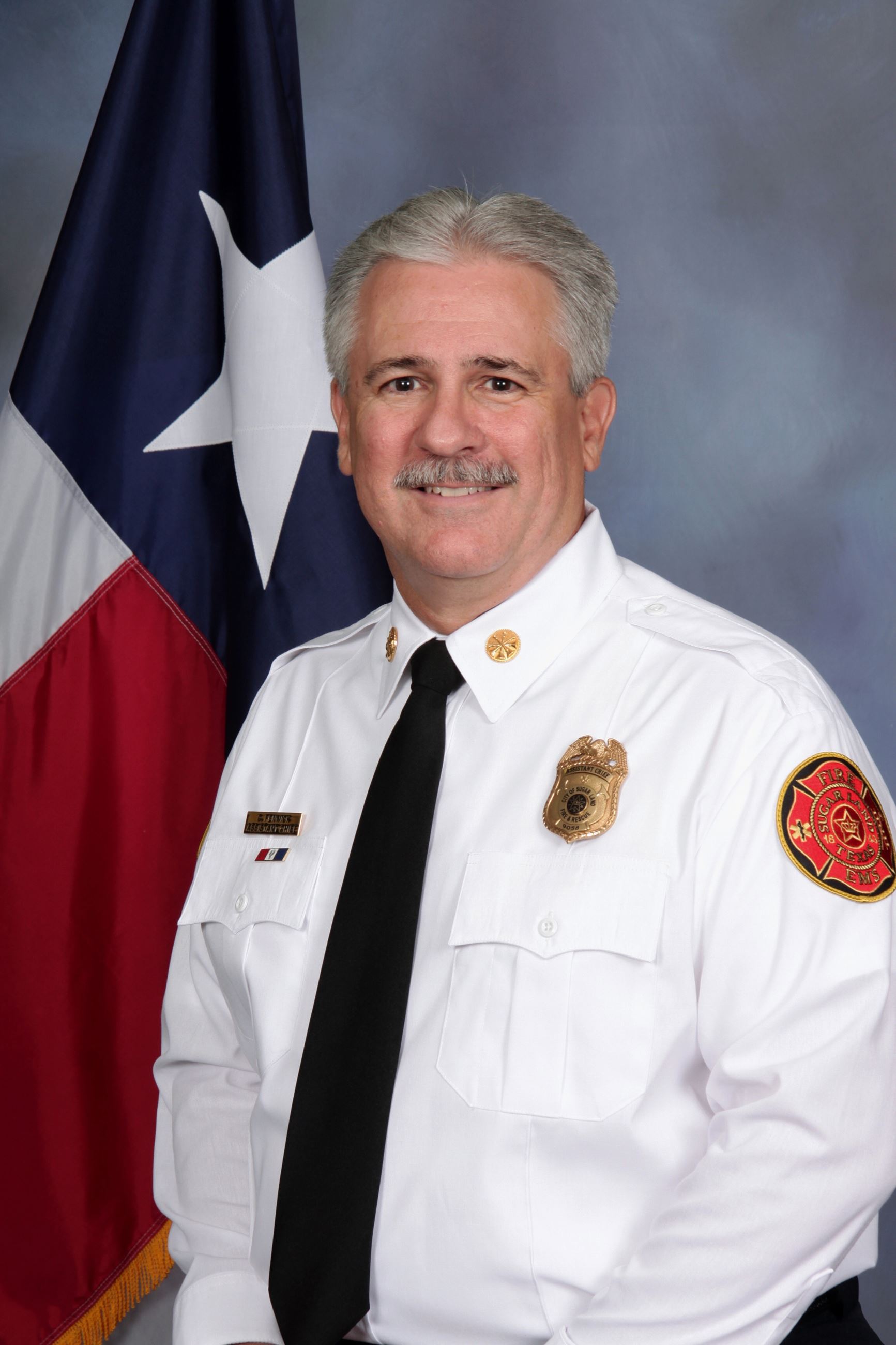 The Logistics Group includes two officers who coordinate maintenance and repairs involving the fire fleet and fire stations, manages EMS supplies and distribution and maintain resources, and provide support for other activities within the organization. Their responsibilities include planning, establishing specifications and purchasing of non-capital and capital equipment, inventory control and replenishment of consumables.

He began his professional career with the Sugar Land Fire Department in January 1991 and has held the positions of firefighter, driver, lieutenant, captain, battalion chief, and most recently assistant chief - planning and research. He also served as interim fire chief from September 15, 2008, to April 5, 2009. Fenwick holds certifications with the Texas Commission on Fire Protection as Firefighter Master, ARFF Advanced and Fire Service Instructor II. He is also certified as an Emergency Medical Technician - Basic by the Texas Department of Health.

Fenwick has earned an Associates of Applied Science degree in Fire Protection Technology from San Jacinto College Central and a Bachelor of Science from Columbia Southern University. He is a graduate of the National Fire Academy's Executive Fire Officer Program and has also completed courses in Organizational Theory in Practice, Fire Service Financial Management, Fire Service Communications, Interpersonal Communications, and Executive Planning at the National Fire Academy. Presently, he is a member of the International Association of Fire Chiefs, Texas Fire Chiefs Association and the National Society of Executive Fire Officers.

Born in Houston in 1961, his family moved to Pearland, Texas, in 1973. Fenwick began firefighting in 1983 as a member of the Pearland Volunteer Fire Department, where he served until 1994. Prior to starting his professional career as a firefighter, he worked for a family office machine and supply company.