Fire - EMS Chief Doug Boeker is responsible for all Fire Department operations, including:

Joining an active volunteer department is how it all started for Doug. Even though he studied pre-engineering at Sam Houston State straight out of high school, he knew his interest was in the fire service. Doug paused his college efforts to attend the fire academy and upon graduating at the top of his class it validated what he already knew--- it was his calling. Doug joined the Sugar Land Fire Department in 1992 in support of a soon to open third station. He rode fire trucks for the first twenty years with Sugar Land prior to promoting to Administration. Doug has held the ranks of Firefighter, Lieutenant, and Battalion Chief.

Doug is passionate about customer service and education. He spearheaded the Sugar Land Fired Up 5K, a sanctioned race attended by roughly 700 runners held many years out of fire station five. He took a leading role in youth outreach programs such as Shattered Dreams, Decisions Matter, and Crud Wars among many other public education projects. Doug’s workgroup instituted the Senior Fires and Falls prevention program at several assisted living facilities to impact the quality of for the elderly in Sugar Land. 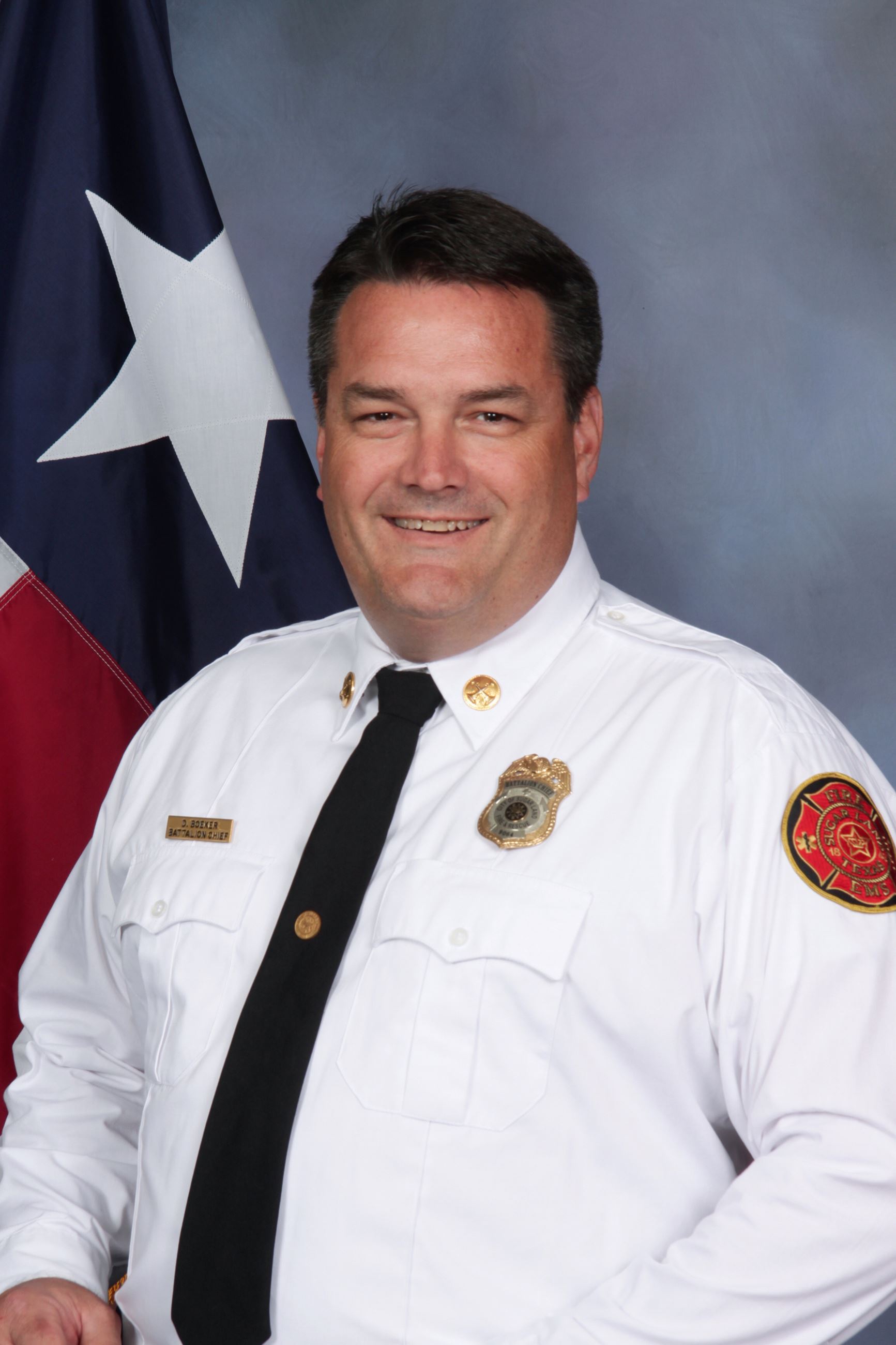 Doug’s education and work experience outside of Sugar Land are extensive.  He holds a Bachelor of Arts from Western Illinois University and has completed graduate level courses at University of Houston-Victoria. He is a graduate of the National Fire Academy Executive Fire Officer program and the Texas A&M Engineering Extension Service Fire Service Chief Executive Officer Program.  Doug holds a certificate of Certified Ambulance Compliance Officer as well. With respect to EMS, he has held officer level positions in the private and public realm and contributed towards successful management of robust EMS services, compliance management and strategic initiatives.

Doug is married to his high school sweetheart Michelle and they have three children of whom he is most proud. Ashley is a Junior at Texas A&M. Braden, a Freshman at Blinn College, looks to pursue an agricultural degree and possibly a teacher’s certificate in hopes of becoming an Ag Teacher. Abbey attends the ninth grade at Tompkins High and plays basketball in addition to being very involved with FFA.