Captain Danny Cornelius is responsible for the Criminal Investigation Division, which investigates all crimes in Sugar Land that are not observed by a patrol officer. In addition to CID, the division includes the Special Crimes Unit / Gang Task Force and Crime Scene Investigations. 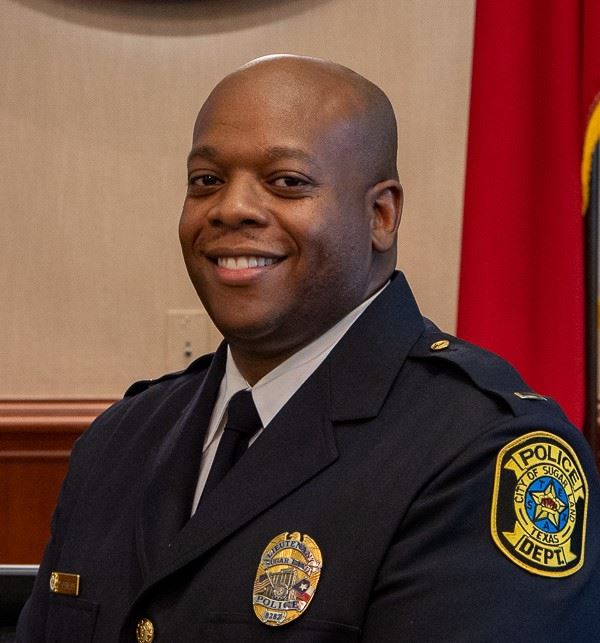 After the Patrol Division completes initial investigations of crimes, cases are forwarded to the Criminal Investigation Department (CID). A CID supervisor initially reviews each report to determine if there are viable leads. If not, the case is closed.

If there are, the case is assigned to an investigator, who will list the case as one of the following:

CSI: Sugar Land is responsible for responding to major scenes where they collecting evidence and photograph all aspects. The investigators then process the majority of the evidence at the police department, with some sent out to various specialized labs as necessary.

The Property / Evidence Room personnel do a lot of detective work including case research, attempting to locate owners of property, and attempting to locate property. They work closely with other departments within the police department as well as outside agencies such as the DPS Houston Crime Lab, HPD Computer Forensics and the Fort Bend County District Attorney's Office.

The Criminal Warrants section is responsible for collecting all class B misdemeanor and above warrants the department has received from the district attorney’s office and the related courts. The warrants are assigned to an Investigator to serve (arrest the person on the warrant), and are entered in the state and national computer systems.

The Intelligence Unit is the central receiving and distribution point for all intelligence information that comes into and goes out from the department.

Crime Analysts collate geographical and temporal information on crimes in the city, and use computer models to develop trends for the purpose of deploying officers to prevent crimes.

This multi-jurisdictional special crimes unit was created by the police departments of Sugar Land, Missouri City and Stafford. These law enforcement agencies share information and strategies to cope with various types of crimes such as vice, drugs, organized crime and gang activity that often occur across jurisdictions. The goal is to identify trends that enable the unit for a proactive approach to investigations.