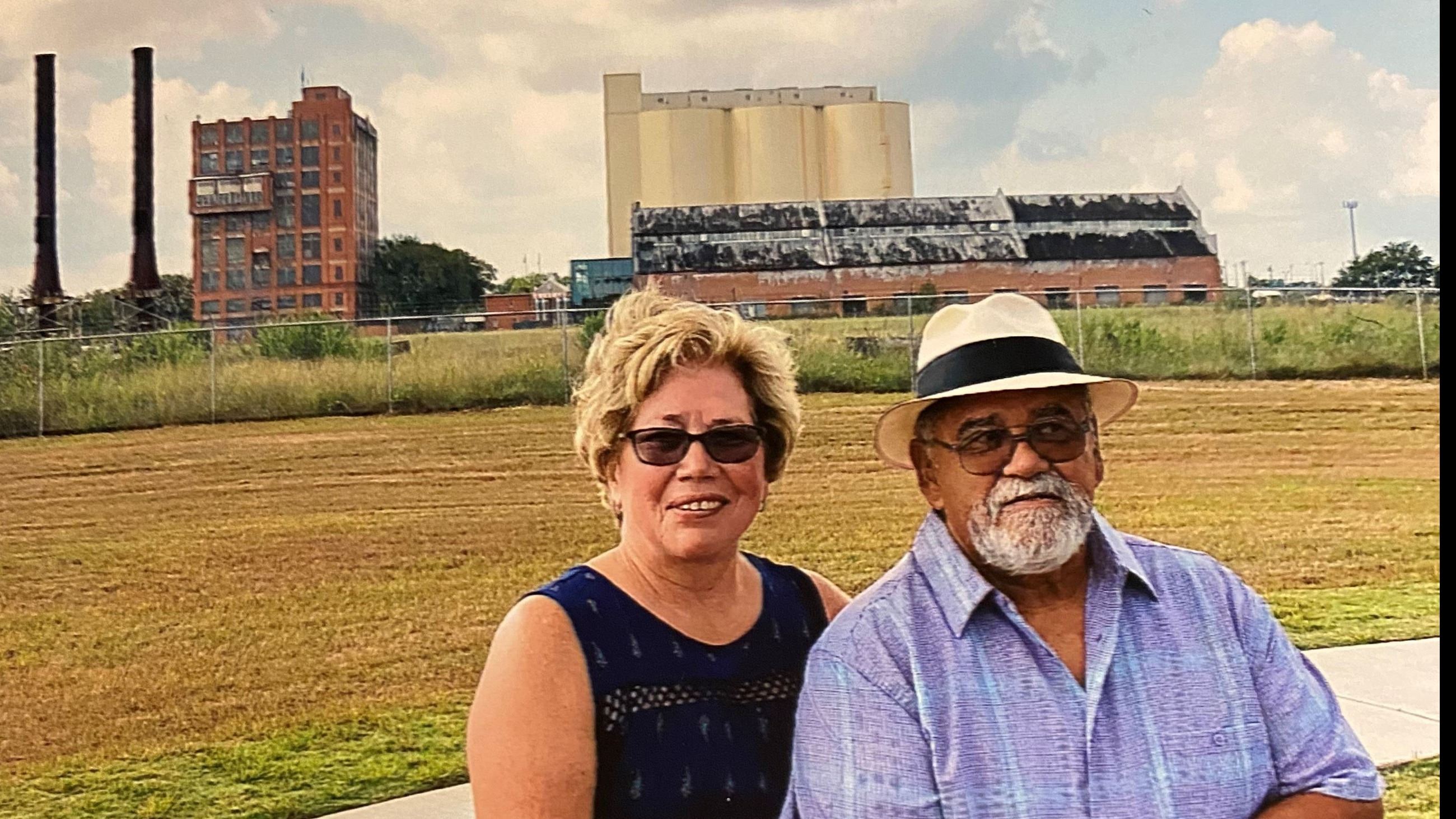 There was no obvious reason for Lallie Garcia to be near the trucks at the Imperial Sugar Refinery. Garcia worked on the second floor of the sugar refinery as a machinist so only she knew why she was frequently spotted walking by the bays, scanning the truck drivers and peering into truck cabs.

The reason was Alex Garcia, an over-the-road truck driver for the refinery.

The two had grown up across the street from each other in the Mayfield Park area of Sugar Land. In their teens, Alex had courted Lallie, asking her mother permission to dance with Lallie during neighborhood garage parties and writing her notes. The letter writing continued when Alex was drafted to the Vietnam War in 1969 at age 19.

When Alex returned from war years later, he heard from the neighborhood rumor mill that Lallie was married to someone else. The truth was, Lallie had, in fact, had a brief marriage while he was away but it ended in divorce.

Residing in their respective childhood homes, Alex didn’t know Lallie sat across the street, mere yards away, single and with a heart that still held a place for him. So Alex pursued other relationships.

“We’re a very tight-knit neighborhood so word got around he had started working at the refinery,” Lallie said. “He wasn’t the only reason I applied to work there, but I thought it would definitely be a plus to know someone where I worked.”

The two began working together and after years of unfortunate timing, they were finally single at the same in their adult lives. Soon, he started bringing her Diet Cokes during her graveyard shifts. On the nights that their schedules aligned and they both had the night off, they would spin and slide across the dance floor at the Sugar Land dance hall or catch a movie at Palm Theater.

The childhood sweethearts worked together at the sugar refinery for 35 years and married in 1992. They still live in Sugar Land and have three daughters, two sons, seven grandchildren and one great-grandchild.

“We’re lifelong Sugar Land residents and I can’t imagine living anywhere else. When you tell someone you live in Sugar Land, it means something,” Lallie, now 67, said. “Me, my husband, our children were all born and raised here and we’ve built our lives here because this city really is my heart, our roots.”

While the Garcia’s love was growing strong within Sugar Land city limits, across town, one man’s romantic gesture was flying over it.

Sam Rhoades and Lora Vasquez worked in the same building in Town Square and had passed each other in the halls multiple times. But the ice wasn’t broken until Sam saw Lora at happy hour with friends after work and he walked up to her table to introduce himself. 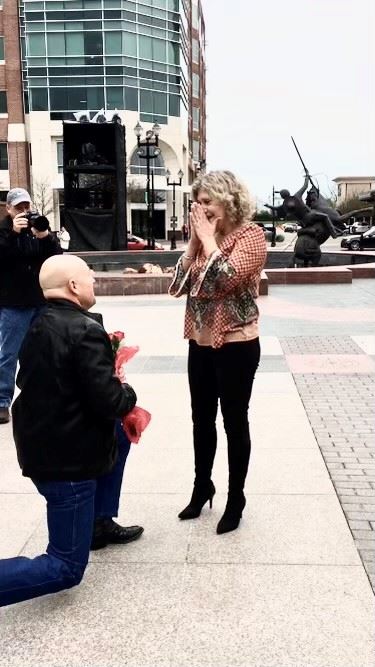 The couple had been dating for 10 years when Lora was invited to lunch with her friend and youngest daughter on her break from work in 2017.  As she walked through Town Square on her way back to the office, she spotted her oldest daughter near the Stephen F. Austin fountain who was supposed to be away at college.

Confused, Lora approached her daughter, walking right past a photographer who was standing by. As she asked her daughter what she was doing there, a plane flew over Town Square with a banner trailing behind it.

Sam emerged from a nearby restaurant holding a dozen roses. Many of Lora’s coworkers peered out the windows of her office building and saw Sam get down on one knee.

“It makes me cry just thinking about it,” Lora said, her voice cracking. “We had dated for 10 years and he was just so patient with me. It was a special moment I’ll never forget.”

The couple lives in the Highlands area of Sugar Land and have two daughters and two sons.

“Sugar Land is so family-oriented and that’s one of the reasons why we’ve stayed here,” Lora said. “Our kids are grown now but we love the community.”