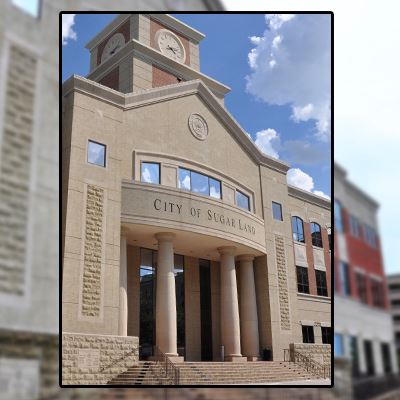 Just as Sugar Land's history is permanently engraved into the foundation of the Sugar Land Town Square plaza, historical exhibits have been an important part of Sugar Land City Hall for many years.

Visitors are greeted with displays that are included throughout the foyer and many meeting rooms and hallways throughout City Hall.

Scroll through this slideshow to learn more about these historical exhibits 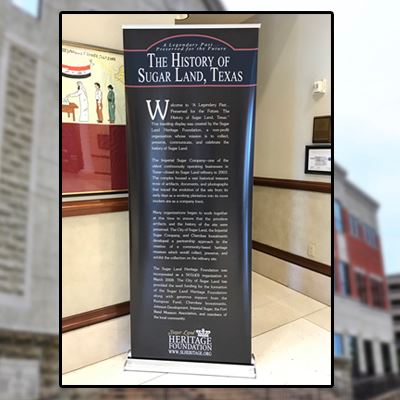 The Imperial Sugar Company – one of the oldest continuously operating businesses in Texas – closed its Sugar Land refinery in 2003. The complex housed a vast historical treasure trove of artifacts, documents, and photographs that traced the evolution of the site from its early days as a working plantation into its more modern era as a company town.

Many organizations began to work together at this time to ensure that the priceless artifacts and the history of the site were preserved. The City of Sugar Land, the Imperial Sugar Company, and Cherokee Investments developed a partnership approach to the creation of a community-based heritage museum which would collect, preserve, and exhibit the collection on the refinery site. 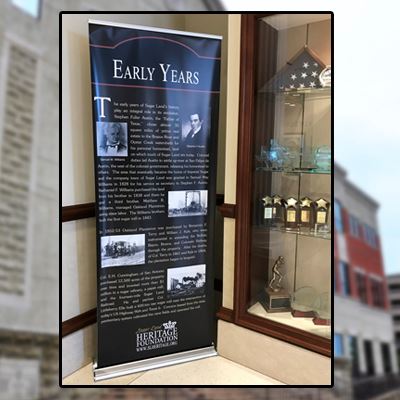 The Early Years
The early years of Sugar Land’s history play an integral role in its evolution. Stephen Fuller Austin, the “Father of Texas,” chose almost 35 square miles of prime real estate in the Brazos River and Oyster Creek watersheds for his personal homestead, land on which much of Sugar Land sits today. Colonial duties led Austin to settle up river at San Felipe de Austin, the seat of the colonial government, releasing his homestead to others. The area that eventually became the home of Imperial Sugar and the company town of Sugar Land was granted to Samuel May Williams in 1828 for his service as secretary to Stephen F. Austin. Nathaniel F. Williams purchased the land from his brother in 1838 and there he and a third brother, Matthew R. Williams, managed Oakland Plantation using slave labor. The Williams brothers built the first sugar mill in 1843.

In 1852-53, Oakland Plantation was purchased by Benjamin F. Terry and William J. Kyle, who were instrumental in extending the Buffalo Bayou, Brazos, and Colorado Railway through the property. After the deaths of Cl. Terry in 1861 and Kyle in 1864, the plantation began to languish.

Col E.H. Cunningham of San Antonio purchased 12,500 acres of the property over time and invested more than $1 million in a sugar refinery, a paper mill, and the fourteen-mile Sugar Land Railroad. He and partner Col. Littleberry Ellis built a 600-ton raw sugar mill near the intersection of today’s Us Highway 90A and Texas 6. Convicts leased from the state penitentiary system cultivated the cane fields and operated the mill. 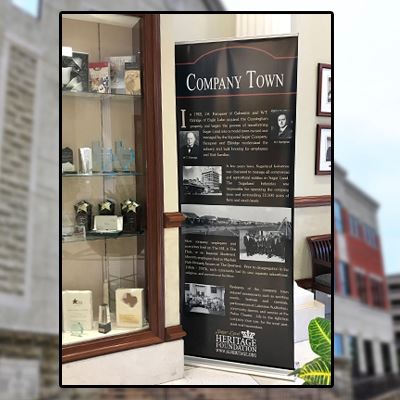 Company Town
In 1908, I.H. Kempner of Galveston and W.T. Eldridge of Eagle Lake acquired the Cunningham property and began the process of transforming Sugar Land into a model town owned and managed by the Imperial Sugar Company. Kempner and Eldridge modernized the refinery and built housing for employees and their families.

Most company employees and executives lived on The Hill, in The Flats, or on Imperial Boulevard. Minority employees lived in Mayfield Park (formerly known as The Quarter.) Prior to desegregation in the 1960s – 1970s each community had its own separate educational, religious, and recreational facilities.

Residents of the company town enjoyed amusements such as sporting events, festivals and carnivals, performances at Lakeview Auditorium, community dances, and movies at the Palms Theater. Life in the tight-knit company town was, for the most part, quiet and harmonious. 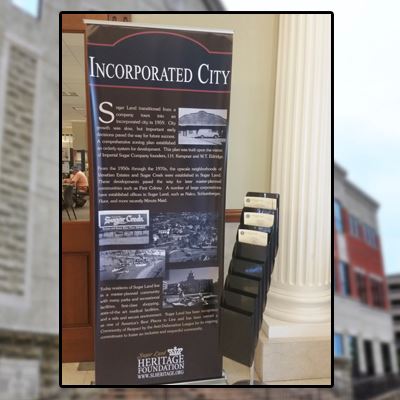 Incorporated City
Sugar Land transitioned from a company town into an incorporated city in 1959. City growth was slow, but important early decisions paved the way for future success. A comprehensive zoning plan established an orderly system for development. This plan was built upon the vision of Imperial Sugar Company founders, I.H. Kempner and W.T. Eldridge.

From the 1950s through the 1970s, the upscale neighborhoods of Venetian Estates and Sugar Creek were established in Sugar Land. These developments paved the way for later master-planned communities such as First Colony. A number of large corporations have established offices in Sugar Land, such Nalco, Schlumberger, Fluor, and more recently Minute Maid.

Today residents of Sugar Land live in a master-planned community with many parks and recreational facilities, first class shopping, state-of-the-art medical facilities, and a safe and secure environment. Sugar Land has been recognized as one of America’s Best Places to Live and has been named a Community of Respect by the Anti-Defamation League for its ongoing commitment to foster an inclusive and respectful community.
Next Previous