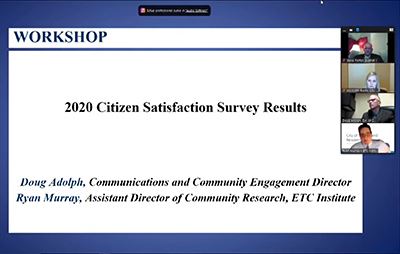 A City Council workshop was held on February 6, 2018 to present these findings.

Established in 1999, ETC is nationally-recognized for its research and is located in Olathe, Kan. Since its founding, ETC has surveyed more than a million people in 500 cities and 48 states including Houston, Austin, Dallas, Fort Worth, San Antonio, Kansas City, Oklahoma City, San Francisco and many more.

ETC Institute guarantees the results of Sugar Land’s 2017 Citizen Satisfaction Survey are statistically representative of the City.  Sugar Land’s survey was administered utilizing a combination of mail, phone, and the Internet.