The Office of Intergovernmental Relations (IGR) aims to ensure the City is empowered to make local decisions necessary to protect and enhance the health, safety, welfare, and interests of its citizens through active involvement in the legislative process and interactions with private utilities. This includes the development of legislative agendas, coordination of information, and monitoring of relationships through the ambassador program.

The Office of Intergovernmental Relations’ main responsibilities include:

IGR facilitates the development of the State Legislative Agenda, which is adopted by City Council biennially on even numbered years. Position statements are developed to promote the City’s legislative interests in Austin, and IGR coordinates testimony and representation on bills or legislation with significant impact to City operations. IGR monitors and develops proposed legislation and regulations that may have an effect on the City and its ability to achieve goals and objectives identified by City Council. Efforts within non-legislative years are focused on working with various state agencies to implement the results of prior sessions. To accomplish these objectives, IGR works with the City Council, City Management, the City’s state lobbyist, the Texas Municipal League, other municipalities, the City’s Directors and with an internal Legislative Liaison Committee (LLC). This committee consists of representatives from each department or office with the task of analyzing and monitoring various pieces of legislation as they go through the dynamic legislative process.

Some current projects include but are not limited to the following:

The City’s Office of Intergovernmental Relations is specifically guided by the following statement under Goal K of Vision 2032 – Community Pride in Sugar Land: “City working in partnership with residents, community organizations, businesses and other government entities.” 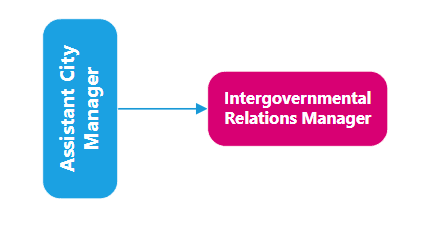 Click here to view the full chart, including our core levels and commitments