In January 2013, the Sugar Land City Council authorized a resolution for a bond election in November 2013 in an amount not to exceed $50 million for four potential park projects. The lack of progress on park projects coupled with the need for a reliable funding source to adequately fund new park projects prompted the City to call for the bond election. Because these new projects would have an impact on the tax rate, it was deemed that the projects should be approved by the voters. The new structures and facilities would create new operations and maintenance obligations that were not able to be funded within the tax rate structure at the time. A bond election was the most plausible solution to allow the City to be entrepreneurial and opportunistic in funding these new projects. The investment in new parks, public spaces, and recreational facilities improves the quality of life in Sugar Land and makes the City a more attractive destination for residents, businesses, and visitors.

In November 2013, voters approved two of the three propositions totaling $31.46 million in GO bond authorization for park projects. The City has issued $21.2 million of the approved GO bonds to date and has raised the tax rate 0.7 of the 3.1 cents originally stated for the implementation of the bond packages. There is approximately $1.9 million in debt that has already been issued that is available to be spent on the projects for completion and another $10.26 million to be issued to complete the projects.

Implementation of the final issuance of the park bonds will be funded through a 2019 tax rate increase of approximately one cent for debt service. The tax increase will be offset by an increase to the homestead exemption to 12% of assessed value, which was approved by City Council on June 25, 2019. The increased exemption will offset the tax rate increase for residents to support the park bond issuance, which helps to balance residential valuation growth outpacing growth in commercial values over the last few years.

The City Council will continue to refine the scopes of the final voter-approved parks bond projects throughout the budget process to reflect all available information, including updated cost estimates and the availability of grant opportunities.  In total, the City will have raised the tax rate less than 2 cents for the parks bond projects, significantly less than the maximum 3.1-cent tax rate impact stated at the time of the November 2013 election.

The City Council has directed the City Manager to include the issuance of the remaining 2013 voter authorized General Obligation Bonds in the FY20 budget and capital plan, which will allow completion of the remaining projects from the approved propositions.

Scopes and costs of the projects are being finalized for inclusion in the FY20 CIP and are shown below:

This trail would fulfill the intent of creating a connected trail network within the First Colony area by building 10-foot wide trail connections from Lexington Blvd and Austin Parkway to the Woodstream Trail, installing a below-grade crossing on Sweetwater Blvd, and building the pedestrian bridge connecting from Mesquite Trail to Mesquite Park. 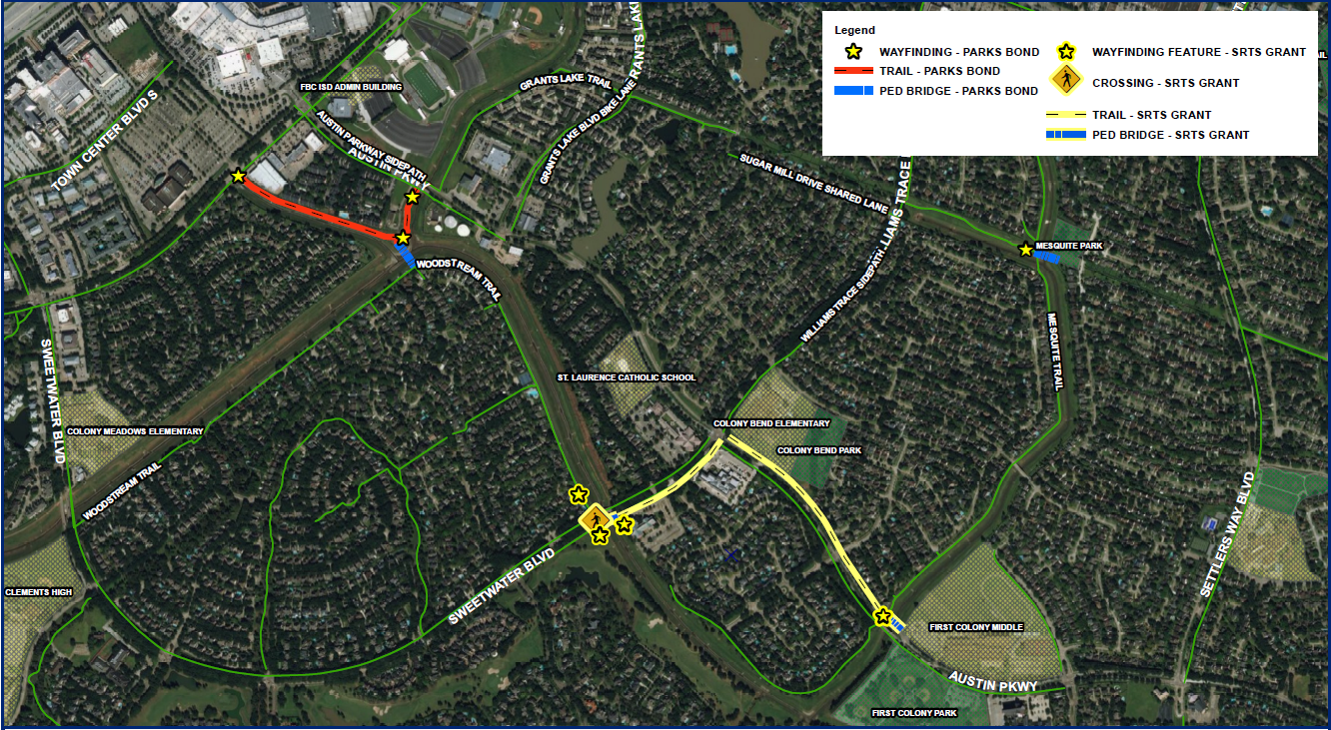 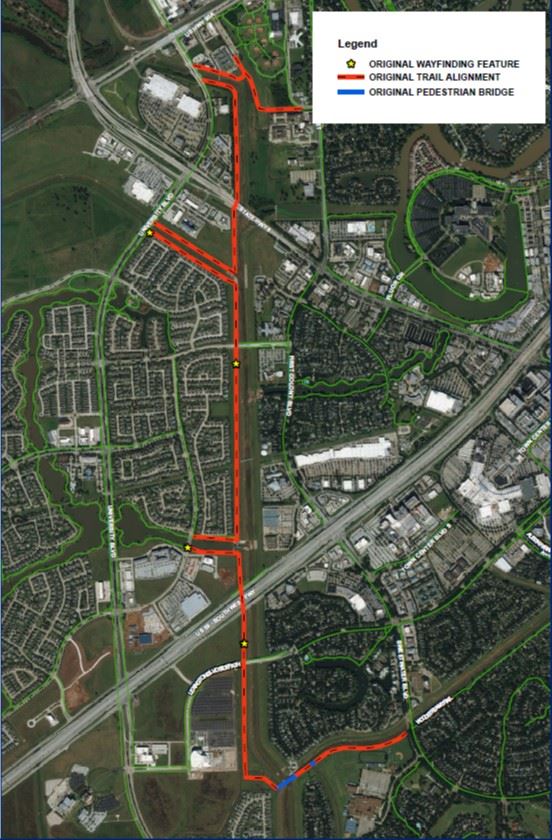 This project will provide a north/south connection between the Imperial Connector Trail and First Colony Trail network, with a 10-foot wide trail with pedestrian bridges and trailheads.

The final phase of this project includes a focus on the connection between the existing amenities of Brazos River Park and Sugar Land Memorial Park.  Due to erosion issues from the Brazos River, City Council has recommended that the Mid-Lake and Boat House not be included in the project at this time. 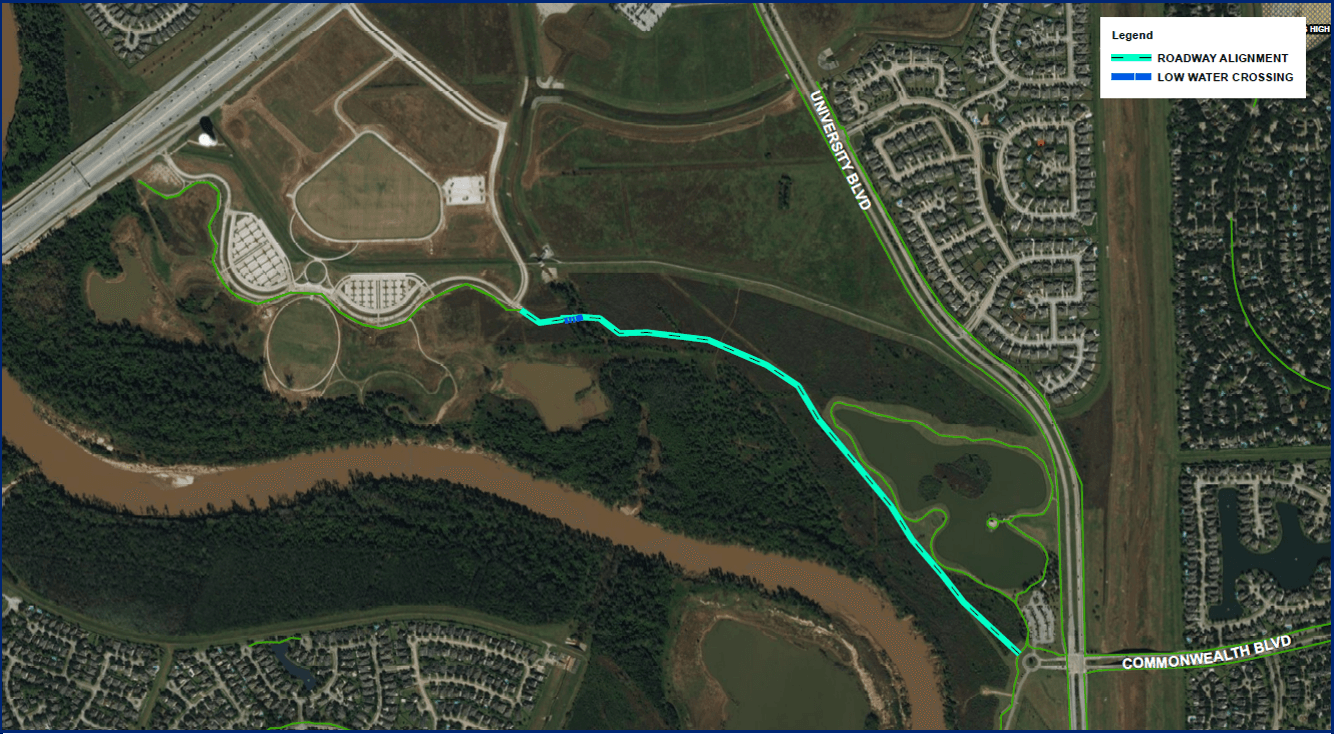 The Crown Festival Park at Sugar Land is 52 acres of beautiful, open land. The site is perfect for large events like the International Arts Festival and Red White and Boom, providing event producers the flexibility to host music festivals, marathons, sporting events and much more. 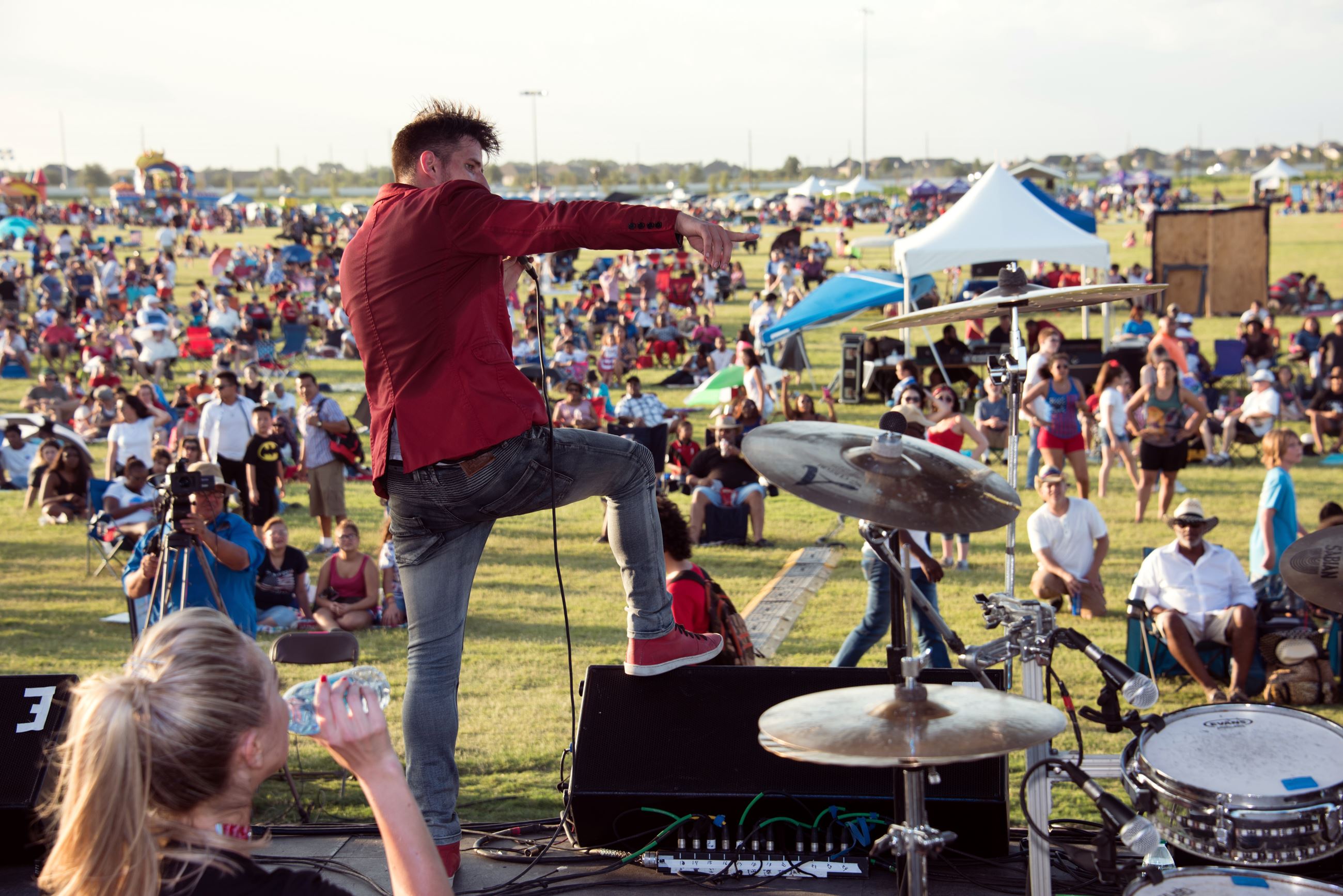 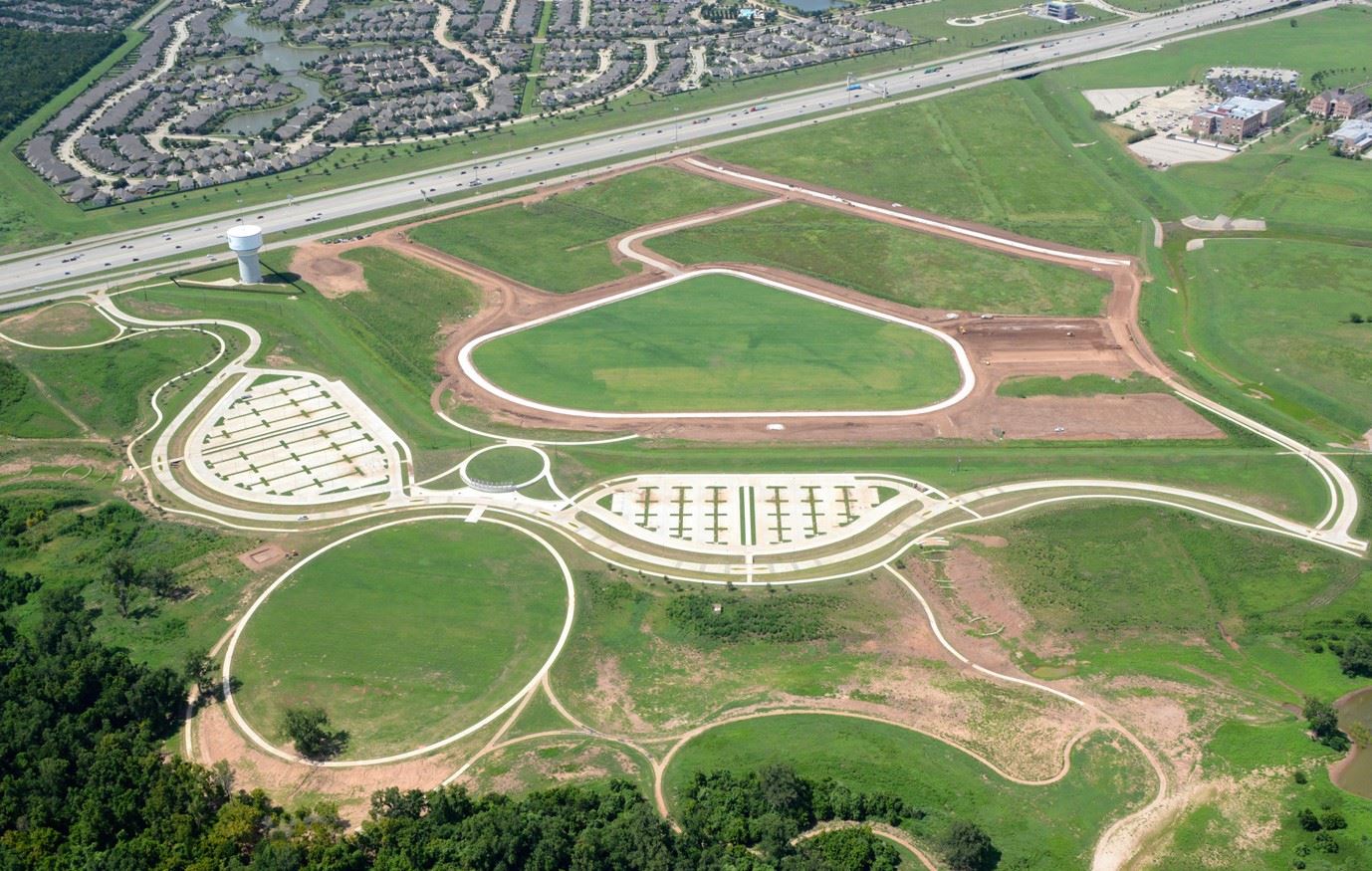 The Brazos River Park provides space for large group functions, gatherings, and activities that no other park in the City has the capacity to accommodate. It is approximately 75 acres with parking and restroom facilities. The park also functions in coordination with the Crown Festival Park to host large City and private special events and festivals. At all other times, the park provides opportunities for biking/walking/jogging, picnicking, disc golf, and enjoying nature.

In 2018, a mosaic tile public art installation was completed on the River overlook structure in the Park to further provide enjoyment for visitors and help create a sense of place in one of the City’s newest destination centers.

In 2016, the City completed the Imperial Connector Trail. The trail is approximately 3 miles long, consisting of a 10-ft wide side path and shared lanes along Brooks Street, as well as trails within Imperial Park.

The trail provides a safer connection from Lake Pointe Trail to Imperial Park for pedestrians and bicyclists. 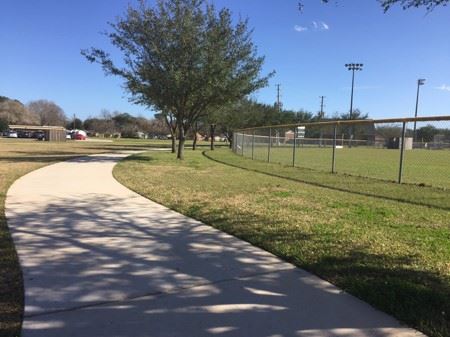